Supplements and vitamins are becoming more and more popular to boost our physical and mental health, and sexual health supplements are also proving to be a hit with couples looking to increase their libidos!

So, which parts of the country are looking to spice things up in the bedroom the most? To find out, we’ve analysed the number of sexual health supplement orders placed here at Supplement Place, as well as Google searches for terms such as “sex positions” and “sex toys”.

Somewhat surprisingly, our research revealed that it was some of the nation’s smaller towns and cities that were the most adventurous, with those in Walsall (in the West Midlands), making the most orders for sexual health supplements per person, as well as the most sex-related searches per person too!

In fact, each of the top four places all had populations of fewer than 120,000 people, while those in larger cities such as London and Edinburgh were apparently less likely to be seeking to improve their sex lives.

The Towns and Cities Investing The Most In Their Sexual Health

When we looked at which parts of the country were placing the most orders for our sexual health products such as GT6 Powder and Tongkat Ali, it was those in Walsall who came out on top, with 43.3 orders for every 10,000 people. This was followed by Basingstoke (34.3), Nottingham (31.2), Norwich (30.8) and Preston (30.4). 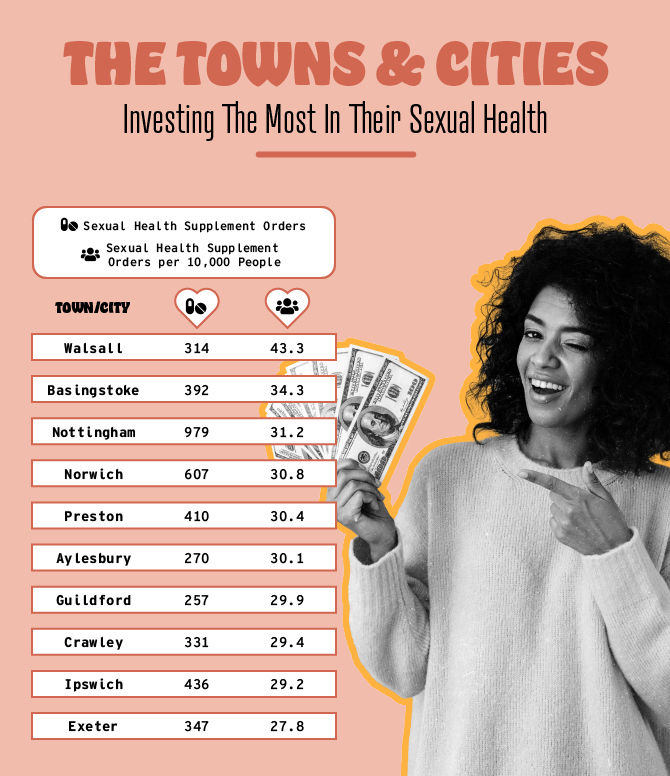 The Towns & Cities Searching For Ways To Rev Things Up

We also looked at which towns and cities were making the most Google searches for the following terms (per 10,000 people):

Unlike the order for sexual health supplements, it seems that those in larger cities were more likely to be searching for ways to revitalize their sex lives, with Manchester, Leeds, Birmingham, Bristol and Liverpool all making the top ten. 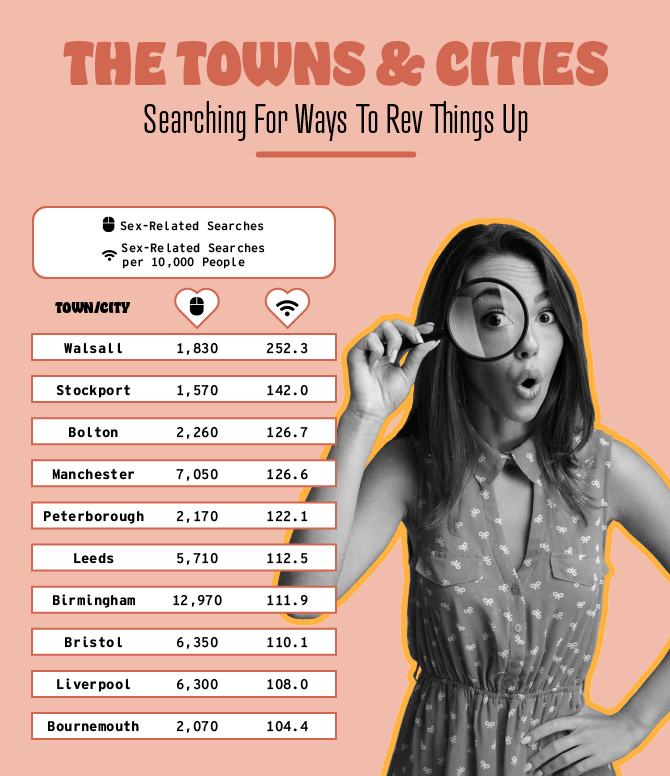 Here are the top 50 UK towns and cities that are looking to heat things up in the bedroom the most. Does your hometown make the list?

We then also looked at the number of average monthly Google searches for each of the following terms, based on searches made across the last twelve months: