Health and Fitness Apps Tracking You 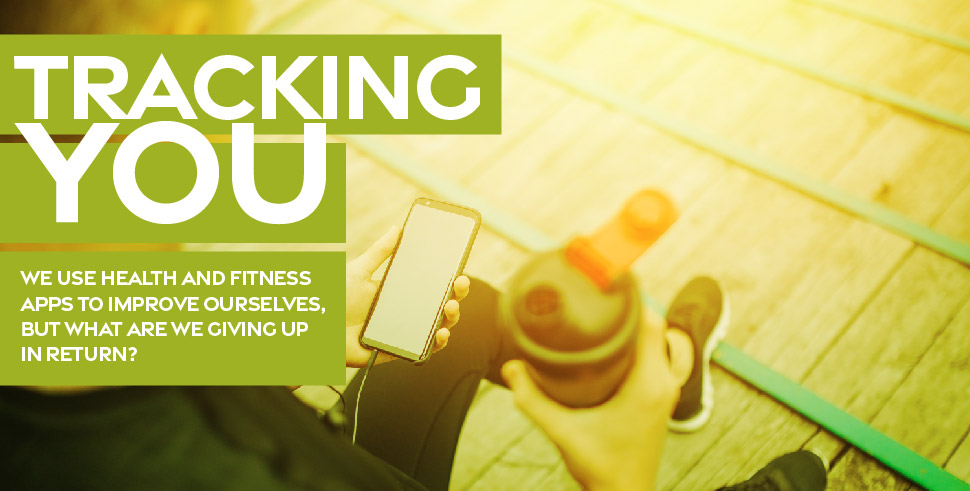 We use health and fitness apps to improve ourselves, but what are we giving up in return?

Whether it be fitness apps that record times and distances, healthy eating apps that provide people with tasty recipes, or apps designed to improve your brain health, technology is playing an increasingly important role in the way we monitor and support our health and fitness.

As users we put our trust in the security of the apps, and their ability to responsibly handle personal data entrusted to them. Many apps have detailed privacy policies and terms and conditions that people agree to before signing up for their services so that consumers are fully aware of their rights and how their data will be recorded, stored and used.

However, not many people fully read through these privacy policies and, as a result, often sign up without knowing exactly what is being collected. To shine some light on this we have studied the privacy policies of some of the most popular health and fitness apps and given them a score to determine which apps collect and share the most data.

The Apps Collecting The Most Data

Mindbody is a wellness app that is designed to help you feel better through multiple different factors such as fitness and mindfulness. Unlike a lot of other apps on the list, Mindbody does share personal information to third parties for marketing purposes, although like most of the other apps they do point out that they do not sell your data. As the app focuses on many factors of your health it has access to a lot when you consent to their services, such as your personal contact details, health data and your location. 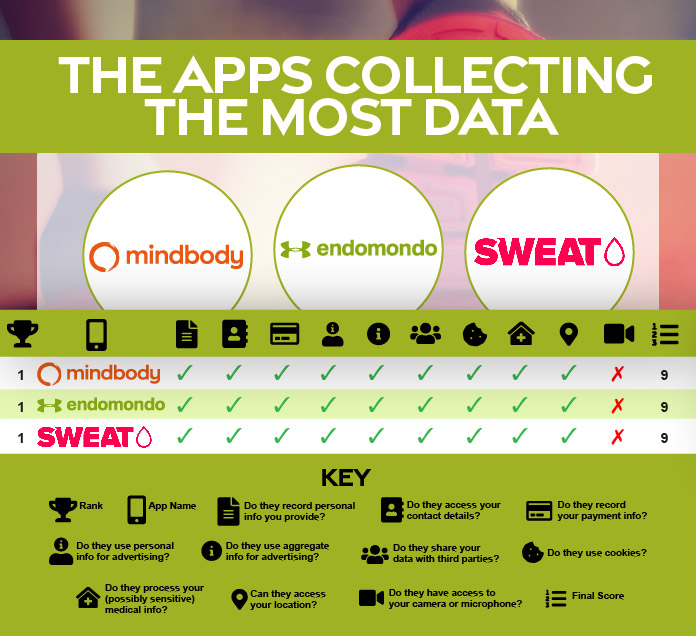 Endomondo describes themselves as “the personal trainer in your pocket” and is used by people attempting to improve or record their fitness, therefore, like most of the fitness tracking apps it has access to your location as well as your personal health data. Edmondo ranks so highly because, just like Mindbody, it is one of the few that shares your personal data with advertisers and third parties.

Finally, rounding off the trio of apps that ranked number one is Sweat, a fitness app marketed primarily at women. Just like the other two with the highest score, Sweat will also share your data for marketing purposes with your consent and does engage with third party companies. Furthermore, just like the other two, Sweat has access to your health and location data, as well as your contact and payment information.

The Apps Collecting The Least Data

Similarly to the highest scoring apps there is a three-way-tie for the lowest ranking, with Wysa, Work Outdoors, and Feeling Good all only scoring a single point. The only thing that the latter score a point for is their use of cookies, but Wysa gets its score from having access to your health data. This is due to the fact that Wysa is a mental health app where you can talk anonymously to an AI or a healthcare professional to try and help improve your situation, consequently it does not ask for any personal sign up information. 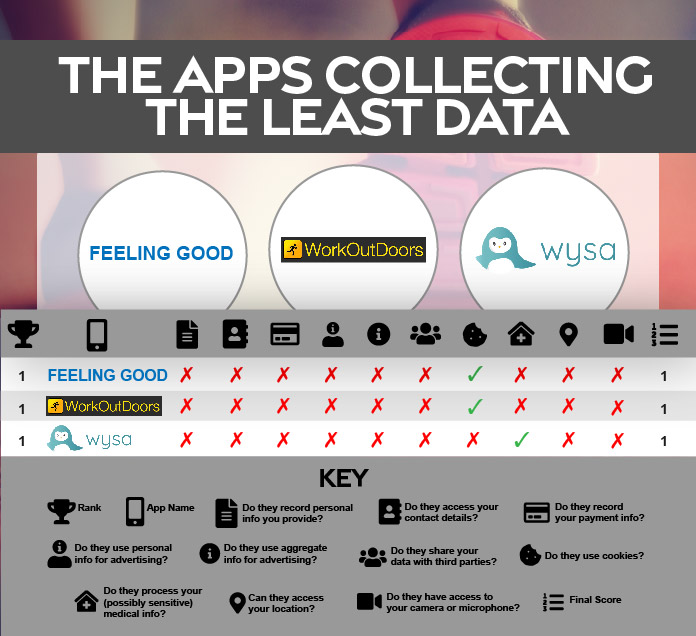 Feeling Good is also an app designed to help users struggling with their mental health and it is run by the NHS. Just like Wysa it is anonymous, so it does not score any points for collection or use of personal information. Work Outdoors is the third app to only score one point, and it is one of the most unique cases on this list as it uses maps and your location but it does not record any of their information.

The Most Popular Health & Fitness Apps

Amongst the apps on the ranking table are some of the most popular in the sector installed in 2020, and some scored better than others. The most popular app by some distance is Calm which was installed 8.6 million times, which is almost four million more than its nearest competitor. As it is an app dedicated to reducing stress and improving sleep, it does not require access to location or fitness data, nevertheless it does score fairly highly with seven points.

However, it is not the highest scoring of the most popular apps, as the third most installed app My Fitness Pal scored eight points. All of the 3.9 million users who installed the app last year also gave up their personal and medical information as well as location, and My Fitness Pal is one of the apps that shares data with third parties. A similar app is Fitbit which was installed 4.8 million times making it the second most popular, but unlike My Fitness Pal it only scores five on our table. Chiefly, the reason Fitbit scores so low is because it does record a lot of information but unlike some others it does not share a lot of it.

All the information related to the content of the individual apps information was found in the privacy policies of each one, links to these are provided in the data sheets.

To determine which factors to score we looked for common factors that appeared on many privacy policies.

Every factor was given a yes no answer which corresponded to 1 point or 0 points respectively, the total of these then gave us the final score.

The Forbes 2020 most installed health and fitness apps list was used to determine which apps were the most popular: https://www.forbes.com/sites/johnkoetsier/2020/10/05/the-top-10-health--fitness-apps-of-2020-have-one-thing-in-common-mostly/?sh=481681e46d60